The Pinkerton Advanced Leadership Network offers leaders of color the opportunity to create a new community that will provide these leaders with the space, support and professional development resources needed to sharpen skills, share insights and explore new ways to drive impact in the youth development field. Through the Pinkerton Foundation Advanced Leadership Network, participants will: build community and expand networks, leverage the wisdom of peers, deepen knowledge and build skills, receive executive coaching, and participate in an overnight retreat.

Fifteen exceptional leaders of color in the youth development field have been selected to join the inaugural cohort of the Pinkerton Advanced Leadership Network. Learn more about these leaders here. 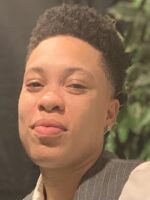 Born and raised in the South Bronx, Executive Director Aisha Norris has spent over 20 years facilitating and implementing media-arts programs to improve the lives of vulnerable youth throughout NYC. Prior to co-founding DREAM! in 2009, Ms. Norris’ thrived at the Harlem Children’s Zone where she served at the award-winning arts and media literacy program “TRUCE” – first as a student, video production Teaching Artist, then as the Program Coordinator, managing arts programming. Wanting to offer a TRUCE-like experience to as many youth communities as possible, in 2009 Aisha partnered with other CBO’s. Norris later became trained and certified in Conflict Resolution by the Alternatives to Violence Project; Peer Mediation by Creative Response to Conflict; and in Restorative Practices by the International Institute for Restorative Practices. By 2015, DREAM!’s original media & arts program model evolved; now using the arts as a vehicle for teaching peer mediation and restorative practices. 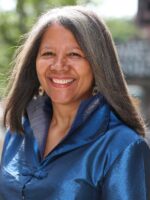 Angela Diaz, MD, PhD, MPH is the Jean C. and James W. Crystal Professor of Pediatrics and Environmental Medicine and Public Health at the Icahn School of Medicine at Mount Sinai. As Director of the Mount Sinai Adolescent Health Center, a unique program that provides comprehensive, integrated, interdisciplinary primary care, sexual and reproductive health, mental health, dental, and health education services to adolescents for free with an emphasis on wellness and prevention. Under her leadership, the Center is the largest adolescent specific health center in the U.S., serving yearly more than 12,000 vulnerable and disadvantaged youth, including sexually exploited and trafficked youth. Dr. Diaz served as a White House Fellow in 1995, where she examined health care policies in the U.S. Territories in the Pacific and the Caribbean. Dr. Diaz is a member of the Institute of Medicine and served on the IOM Committee on Preventive Services for Women. 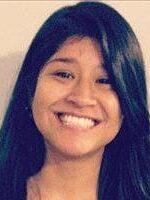 Aracelis Lucero became the Executive Director of Masa in 2013 but had been involved with the organization in various capacities since 2007. She is a proud South Bronx Native, daughter of Mexican immigrant parents, and mom to a beautiful human named Yaocuauhtli. Aracelis attended Middlebury College as a Posse Scholar, earning a Bachelors degree in Economics and later earned a Masters in International Affairs from the School of International and Public Affairs at Columbia University. She worked at an investment bank for six years, however her work at Masa and on development projects with indigenous communities in Mexico inspired her to switch careers and move into community-oriented and economic development work. Aracelis is deeply committed to the academic, economic and political empowerment of immigrants and indigenous people of this continent. 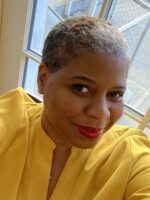 Dominique Jones was recently name Executive Director of Global Kids, Inc. in 2021.  She has dedicated her career to ensuring that all New York City youth have access to opportunities that enable them to chart a path towards future success.  Dominique served for over six years as Executive Director of Boys & Girls Club of Harlem.  She also held senior leadership roles at Food Bank of New York Cit and NYC Administration for Children’s.  Her achievements include the development and opening of the organization’s flagship clubhouse; the expansion of programming into NYC Department of Education schools; and raising over $6 million in funding to support these programs.

In the last year, Dominique has received the National Herman Prescott Award by Harlem Boys and Girls Club and recognized as one of the Women Power 100 b City & State. Dominique received her Bachelor of Arts in Political Science from Spelman College and a Master of Science in Urban Policy & Management from The New School. 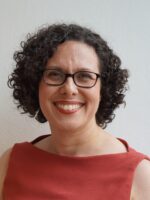 Erika Halstead is a nonprofit leader dedicated to closing the opportunity gap through education. She has been the Executive Director of Minds Matter NYC since 2015. Her career traverses the whole educational cycle from bilingual elementary school teacher to university lecturer in BIPOC literature. Most recently, she served as the Senior Program Officer at Humanities New York where she directed education and community engagement initiatives, including award-winning programming for Latinx and American Muslim communities. In addition, she is an expert facilitator and master trainer, with experience teaching hundreds of people to lead meaningful dialogue in their organizations and communities. Erika holds a BA from the University of Texas at Austin and an EdM from Teachers College, Columbia University. A proud Colombian-American, she was named a 40 Under 40 Rising Star by the Hispanic Coalition of New York in 2018. 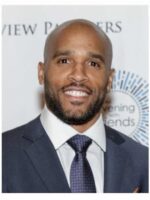 Friends of the Children - New York

Gary Clemons started at Friends of the Children – Portland in 2008 as a Friend to eight boys. In 2014 Gary became Chief Program Officer of the National entity, aiding the network in growing from 8 to 15 locations by helping to raise seed capital and bringing the program model to new cities. In 2018 Gary became Executive Director of Friends New York. In an effort to address the stability gap caused by disparate systems he’s leading Friends New York in a $17 million campaign to double the number of youth served in NYC and advance the 2Gen model, which extends services to parents. Gary’s passion for helping marginalized youth and families derives from his own story. Having grown up in underserved communities, he was impacted by systems in young adulthood. This led him to dedicate his life to social justice, which he has been doing for 25+ years. 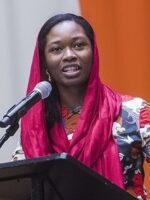 Jadayah Spencer is an alumna (Tanzania, 2011) past volunteer, board member, and now the Executive Director of the International Youth Leadership Institute (IYLI). She is an advocate for improving access to opportunities that enhance the lives of youth, people of African descent, and indigenous people worldwide.

She has served on several international and local boards, including working as a Co-Chair of the UN DGC/CSO Youth Representative Steering Committee, and on the New York City Young Women’s Advisory Council which addresses policy issues that directly affect young women of color in New York City, and which has received $20 million in funding to implement policy recommendations.

Jadayah is a born-and-raised Brooklynite, and recipient of several fellowships including StartingBloc, and has been recognized as one of 40 Under 40 Rising Stars in the NYC Non-Profit Sector by New York Nonprofit Media. She loves world travel, meaningful conversations, and dissecting rap lyrics. 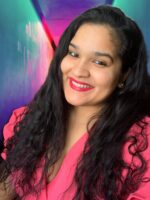 Jessica Santana is one of the co-founders and CEO of America On Tech (AOT), a nonprofit organization on a mission to prepare the next generation of technology leaders in order to decrease the economic and racial wealth gap in underestimated communities.

Prior to AOT, Santana worked as a technology consultant for global brands such as JPMorgan Chase, Accenture and Deloitte. She has been named to the Forbes 30 Under 30 list and NYN 40 Under 40 Rising Stars list. ​In 2020, City and State named her a Brooklyn Hero for her work in the community during COVID-19 and Causeartist named her 1 of 37 social entrepreneurs to watch.

She graduated with undergraduate and graduate degrees in Accounting and Information Technology from Syracuse University. She has also obtained her Executive Education in Social Enterprise from Columbia Business School. 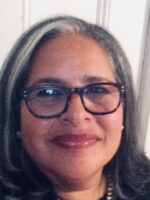 Kelly Vilar is the founder and CEO of the Staten Island Urban Center–a youth & community development through youth & community involvement nonprofit organization. Kelly was appointed to the NYC Council Waterfront Management Advisory Board and served on the local community board. She has served as the Vice Chair of the Caribbean Cultural Center African Diaspora Institute, a multidisciplinary center for global afro descendent culture integrating arts, education and activism.  Kelly has been the recipient of several recent awards including the Alice Austen & Gertrude Tate Award For Community Service in 2019, Staten Island Women’s Political Caucus Elizabeth Connelly 2020 and the SI NAACP William A. Morris Humanitarian Award 2016. In 2018, Kelly was named one of the Top 25 most influential people in Staten Island’s African American Community. Kelly holds a Master’s Degree in Urban Policy & Planning from the New School for Social Research. 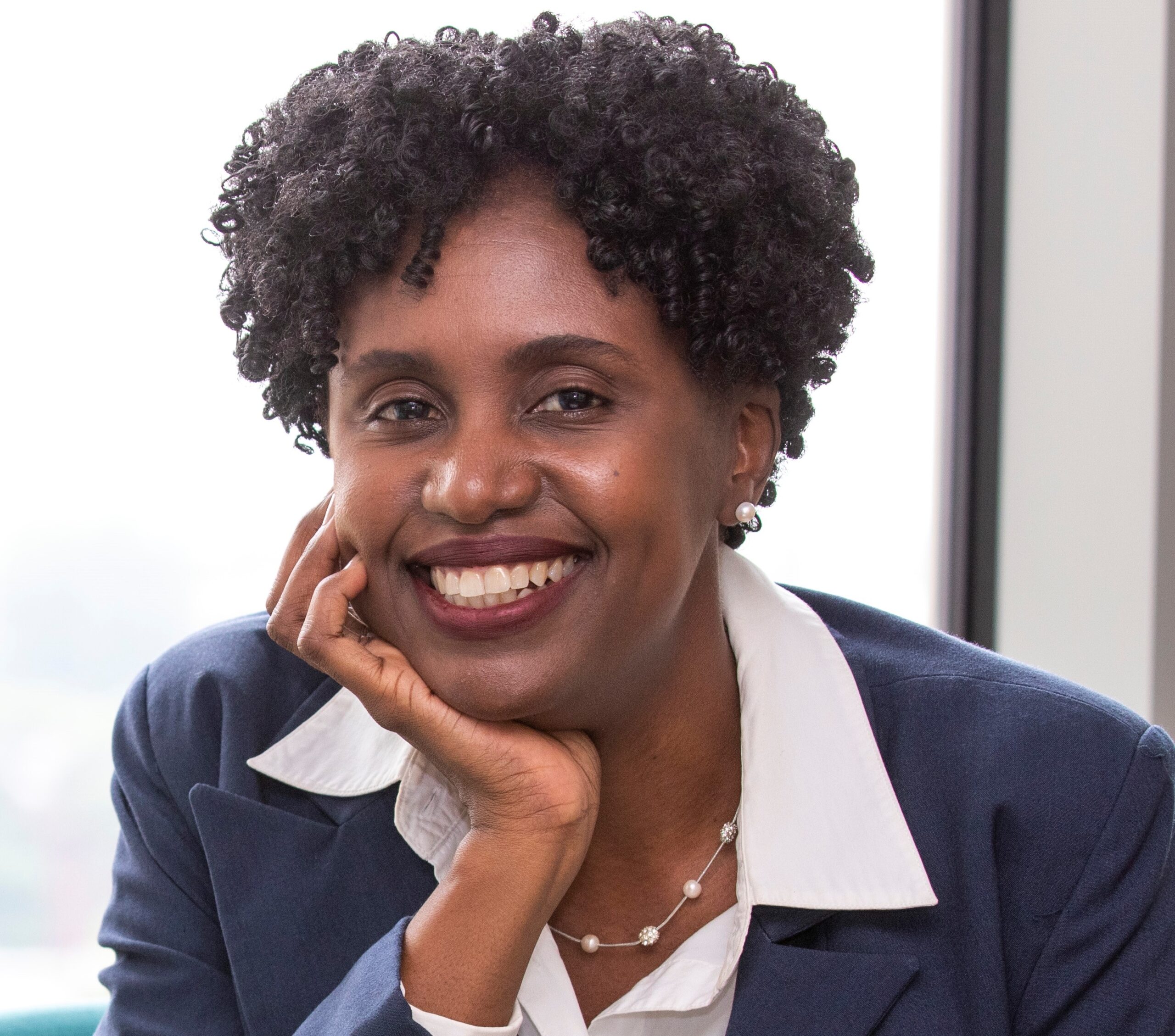 Marilyn is the CEO of the Arthur Ashe Institute for Urban Health, an Associate Research Professor in the Department of Medicine and the School of Public Health at SUNY Downstate Health Sciences University, and the Co-Director of the Brooklyn Health Disparities Center, a partnership of the SUNY Downstate Health Sciences University, the Arthur Ashe Institute, and the Office of the Brooklyn Borough President.  Much of her work has focused on community engagement and health promotion, often in non-traditional settings such as barbershops and beauty salons. Marilyn has worked with research teams to develop training curricula for lay health advocates on various topics including cancer (breast, prostate and colorectal), cardiovascular disease, diabetes, HIV/AIDS, health disparities and community based participatory research. In 2013, Marilyn received the prestigious Fulbright Research Specialist award to develop a climate change and public health program in Trinidad & Tobago. 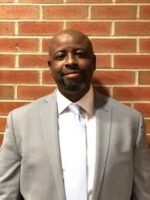 Summer on the Hill

Born and raised in The Bronx, Markell was selected as one of two students at IS 116 to apply for the Oliver Program. After his acceptance his educational journey led him to Loomis Chafee and then Wesleyan University and back home to the Bronx where he has been an educator at several public schools and at the Horace Mann School for 23 years. Now in his 5th year as the Executive Director of Summer on the Hill, Markell helps bright motivated students and their families realize their potential through education. 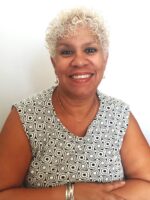 Melody Capote is executive director of the Caribbean Cultural Center African Diaspora Institute.  Instrumental in developing CCCADI into a vital institution dedicated to the preservation of African Diaspora culture she has ushered this next chapter with a renewed commitment to advancing racial and social justice. Melody brings invaluable institutional memory and has taken on the task of leading CCCADI in new directions that remain rooted in its history as a trailblazer for cultural affirmation.  During the pandemics of Covid-19 and the Black Lives Matter movement in 2020, she implemented the #ArtsGoBlack initiative challenging the arts and culture organizations of NYC, to address the racist practices of their organizations, boards, staff and programs.  This campaign birthed the CCCADI Institute for Racial and Social Justice for Arts & Culture intended to advocate for an arts and culture ecosystem that is grounded in racial and social justice and cultural equity. 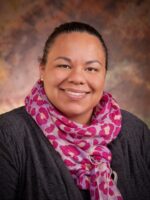 Since 2018, Shauwea Hamilton has served as the Executive Director for Bottom Line’s New York City region.  Bottom Line supports first-generation students from low-income backgrounds in getting into college, graduating, and going far in life.

As a first-generation college graduate, she understands the challenges students face as they seek access to and persistence through college. She believes fiercely in the mission of Bottom Line and is thrilled to have the opportunity to serve in this role.

Shauwea earned a Bachelor of Arts in Psychology from Rutgers University and a Master of Business Administration from Fordham University.